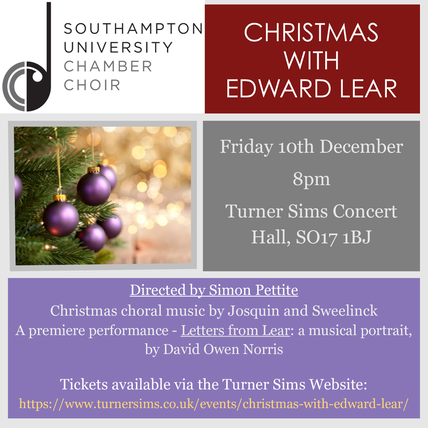 The specially devised programme includes beautiful Christmas choral pieces plus Lear’s own music, including Twas the night before Christmas. Expect limericks and a few special surprises, and the premiere of Letters from Lear: a musical portrait by David Owen Norris, featuring tenor Mark Wilde, who will take the part of Lear: and his daughter Heather, a chorister at Lincoln Cathedral, who will sing the treble solos. 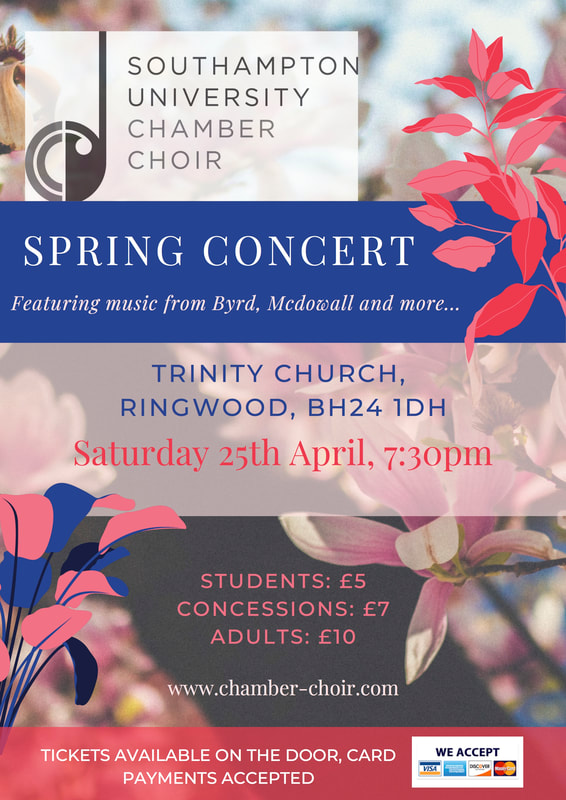 We have been working very hard this term on some challenging repertoire! We hope to see it all come together for what should be a fantastic spring concert in the New Forest. Directed by Simon Pettite, we will be performing a seasonal set of pieces featuring Byrd and McDowall. 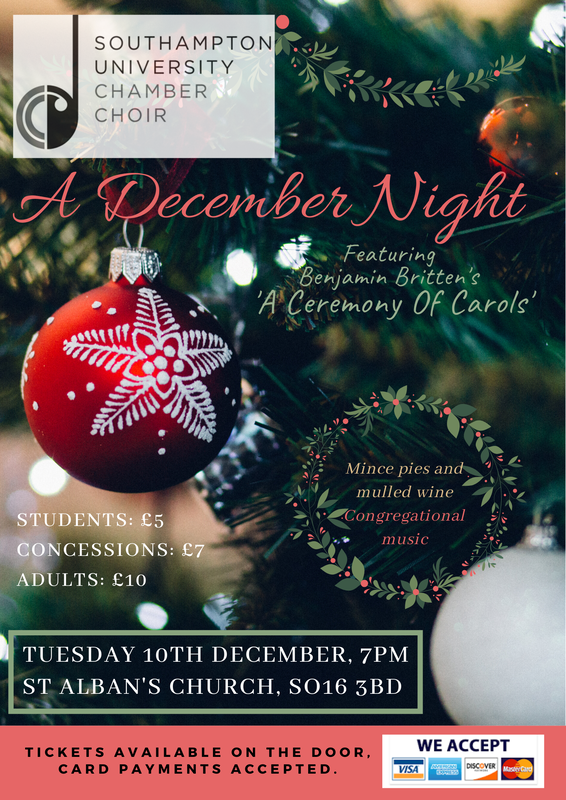 To end our first term of the academic year we are showcasing a range of musical styles, solos and instrumental music in our annual christmas concert! We will be singing Benjamin Britten's famous 'A Ceremony of Carols'! 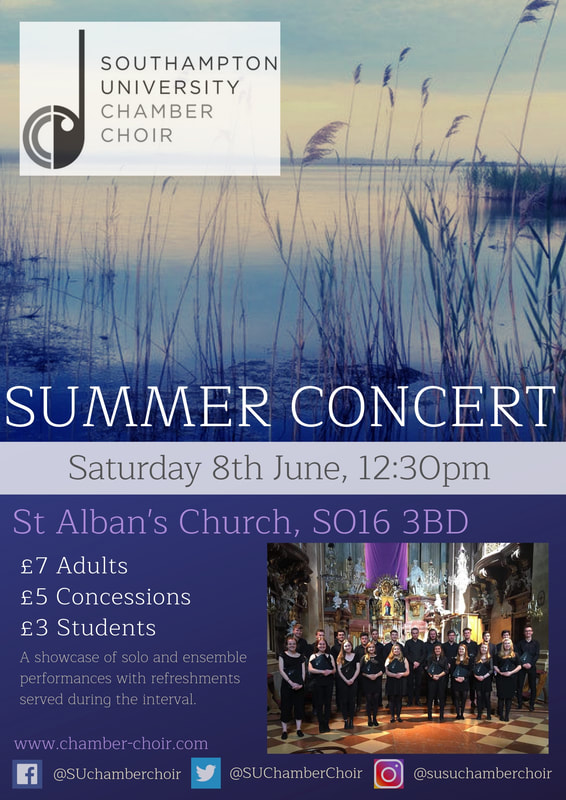 As we come to the end of what has been a great academic year, we ask you to join us for our annual summer concert. We will be performing a showcase of both solo and ensemble performances. Directed by Simon Pettite, who has been a valuable new addition this year, we look forward to a summer's afternoon singing some fantastic pieces and arrangements. 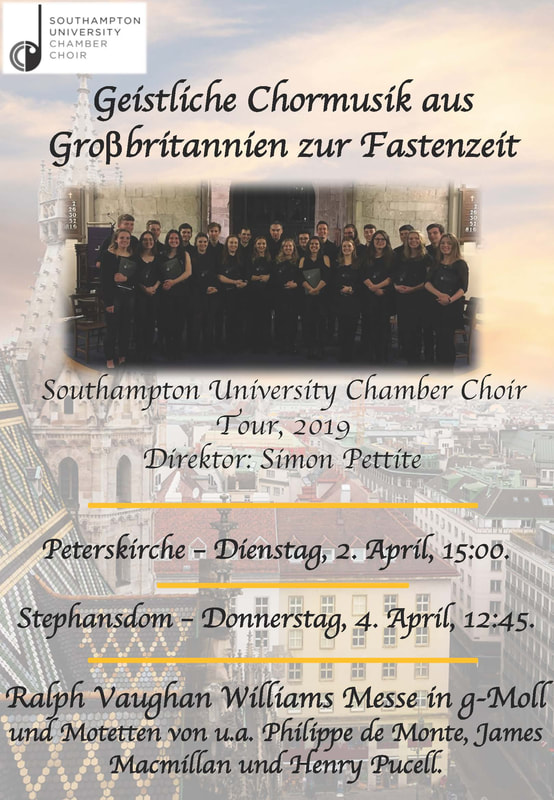 Choir tour is often our annual chamber choir highlight. This year we are delighted to be flying over to Vienna during the sacred time of Lent. Performances will be in the stunning St Stephen's Cathedral and beautiful St Peter's Church, both of which are a great honour and privilege to be able to perform in.