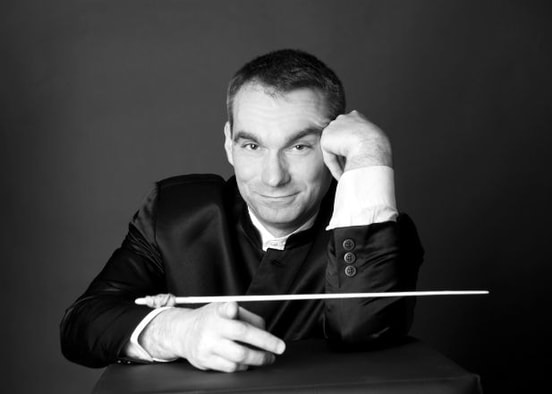 Simon Pettite has been involved with Music and music-making at the highest level from a very early age. He was an Exhibitioner at the Junior Department, the Royal College of Music, London, financially supported by the London Borough of Merton. Concurrently, he joined the world-famous Temple Church Choir, London, at that time still directed by the legendary Organist and Choir Master, George Thalben-Ball. Both institutions played a major part in developing his outstanding musical gifts. His principal specializations at the Junior Department lay in Pianoforte (with John Barstow) and Composition (with John Baird and Oliver Knussen).

Whilst still a chorister, Dr. Thalben-Ball took a particular interest in Simon Pettite’s progress as a young composer, and he enjoys a unique distinction among choristers of that era in having one of his earliest compositions performed by the choir under Thalben-Ball’s direction.
​
Among other milestones in his early compositional career must be reckoned the first performance of his Variations for Orchestra in London (1976), at a concert of the Hammersmith Symphony Orchestra/Wagner Society (conducted by John Baird) and as a prizewinner (for his Violin Sonata) at the inaugural competition for the Joan Weller Composition Prize (1976).

An invitation to attend the Dartington International Summer School (1989) as a Conducting Scholar resulted from his work with Diego Masson at the National Centre for Orchestral Studies. For three subsequent summers he conducted the concluding performance of the Advanced Course for Opera, led at that time by Thomas Hemsley: Ariadne auf Naxos (Richard Strauss), Die Zauberflöte (Mozart) & La Bohème (Puccini).

The academic year 1989 – 1990 saw Simon Pettite return to the Royal College of Music, London as a student in Advanced Operatic Studies and Conducting at the International Opera School. At the end of his studies he was awarded the prestigious Ricordi Prize.
Simon Pettite then joined the English National Opera as Trainee Repetiteur subsequently joining the Royal Opera House, Covent Garden as a regular member of the Music Staff.

In 1993 and 1994 Simon Pettite assisted Sir Michael Tippett and Michael Tillett with the preparations of Tippett’s final composition
The Rose Lake. This involved playing the work from the score for the composer at his home in Wiltshire.

In 1996 he was engaged as Assoicate Chorus Director at Oper Frankfurt, Frankfurt am Main, Germany. This marked the start of twenty highly successful years during which he become recognized as an outstanding choir trainer and choral conductor, whose name is associated with excellence in this field. He has worked with a number of the major choirs in Germany, among which are included the SWR-Vokalensemble, Stuttgart and the WDR-Rundfunkchor, Köln.

In 2012 on his appointment as Musical Director of the College Choir, Morley College, London, Simon Pettite re-established contact with the music scene in London. This project had especial significance for him, it being the position formerly occupied by Gustav Holst and Michael Tippett.

Currently Simon Pettite continues to work with his former colleagues from the Frankurt Opera. Since October 2018 he has been Musical Director of the Chamber Choir at Southampton University.